In 2015 the phone market couldn’t go unnoticed, as consumers were flooded with high-end smart phones, making it difficult to crown a well-deserved winner making it an interesting year.

Samsung was the first in line with Galaxy S6 Edge, which adapts a dual curve glass display to achieve an amazing design. World renowned Apple followed by launching the iPhone 6S Plus taking its place as the first series of this size.  The trust worthy Huawei ended the year with the groundbreaking Mate 8, the first of its kind to compete boldly in the market. The smartphone was also introduced at the CES in Las Vegas recently and won several awards for its screen size, improved fingerprint recognition technology, camera quality, slim and attractive design, superior battery capacity and power consumption optimization, octa-core processor and rapid charging technology. 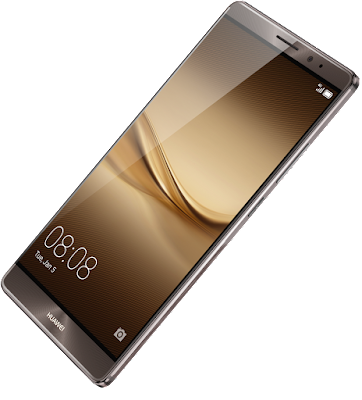 The Apple iPhone 6S and Samsung Galaxy S6 Edge have no option for a card slot while the Huawei Mate 8 comes with an option for a microSD, up to 128 GB (uses SIM 2 slot). In addition it creates room for an extra sim to avoid the use of two mobile phones.

Although The Samsung Galaxy S6 Edge comes with 3 GB RAM memory space, Huawei Mate 8 equally has 3 GB RAM against the Apple iphone 6s Plus which has 2 GB RAM. Huawei Mate 8 offers the reverse charge function enabling its users to charge another device. The finger print screen access feature used by Apple was modified by the Mate 8 by placing the feature at the back making it easier for users to unlock their screens just by picking up their phones. Also the Mate 8 added the water ripple design with an ultimate visual experience without the need of a phone cover.

After the comparative analysis of the 3 smartphones, it is clear that the Huawei Mate 8 can hold its own against the Samsung Galaxy S6 Edge and Apple iPhone 6S.

Well, with all three having amazing specifications and designs, each smart phone has their various advantages but which product is the consumer’s favorite?

Well now it’s time for you to tell us what you think about.