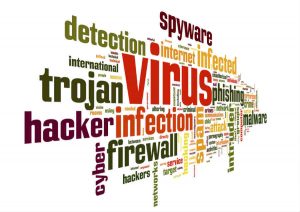 Today, in a malicious act, approximately 16mil BAR ICO Tokens were taken from Titanium company wallets. These wallets had been storing 4mil reserve BAR and 12mil team allocation BAR Tokens, recently minted by TBIS engineers. TBIS Inc. CEO, Michael Stollaire, has locked down all company accounts and notified authorities with case sensitive information regarding the perpetrators of this illegal theft.

For ICO investors and BAR token holders this malicious act means that a large part of the signature token for Titanium’s ecosystem (BAR) is now in the hands one or more criminals who may at any time choose to devalue the token by selling all of it. While it is the hope of the entire Titanium team that the perpetrators of this act will be brought to justice, we find it necessary to take unprecedented steps to provide a transparent solution immediately:
1) TBIS will fork their ICO token (BAR) and create a second token (TBAR) to be used in Titanium’s ecosystem for goods and services in place of BAR token.
2) TBAR will be issued to all BAR holders (both ICO participants and those who have acquired bar via exchange purchases or other means, excluding today’s malicious act).
-Everyone with BAR currently in an Erc20 wallet will automatically receive TBAR alongside BAR in their wallets. -For those who currently have BAR on an exchange, a simple form will be provided for verification before TBAR is released in the same amount as current BAR holding.
3) Titanium has already asked that both official and unofficially announced exchanges cease allowing BAR token to trade and will ask that TBAR begin trading in place of BAR after distribution.
4) MVP production and release by March 1st, 2018, will not be affected.

QUICK SUMMARY: Due to a malicious action resulting in illegal theft of 16mil ICO tokens, BAR Token is being replaced with a forked token, TBAR. TBAR will replace all circulating BAR tokens.

***You will see TBAR show up in your Ethereum wallet. Please do not be alarmed, your tokens are safe and you were not compromised. Titanium’s MVP will still be released by target date of March 1st, 2018.
Kindly Share to friends………………..